Keep Your Home Neat And Tidy With 11 Habits

Keeps Your Home Neat And Tidy With 10 Habits 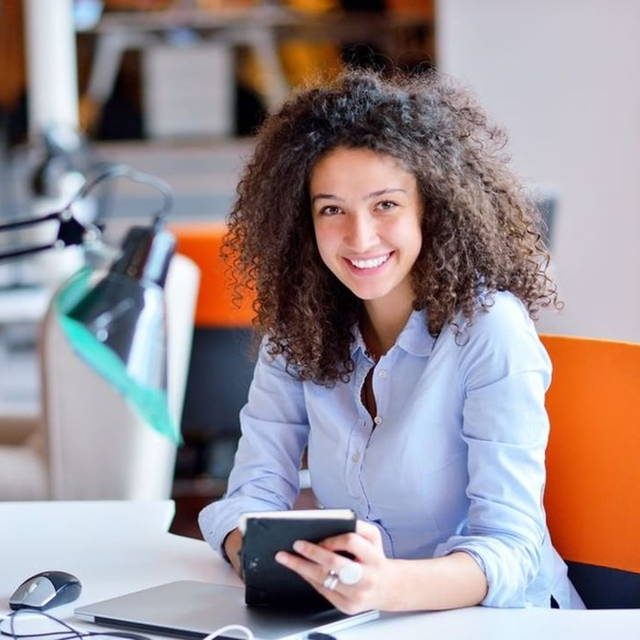 Even neatness-freak Monica Geller from the popular sitcom Friends had a disorganized, messy cupboard. We all wish for a clean and tidy home. While most of us master the former, it’s the tidying part that needs attention. Some hide their mess in their closets, others push it away in storerooms, and there are also those who embrace it and let the mess spread all over. “Organising every room can feel like a lofty goal, but with the right strategy, your entire home can be neat and tidy. In fact, it is a stress-buster,” says Jane, co-founder of BeaBos™. She shares 10 habit tips that will make tidying up enjoyable. 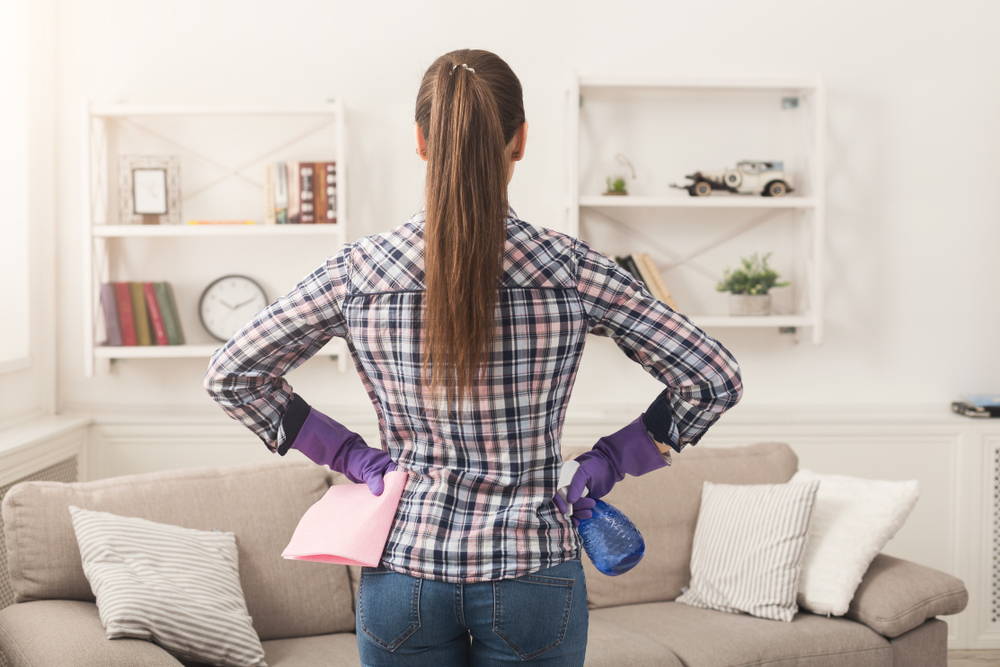 Why should we keep our houses tidy?

You should keep your house clean and tidy to reduce stress, provide a healthy environment and relaxing gathering place for friends and family, and make your daily life easier. Keeping your house clean reduces dust and allergens that cause health problems.

Tips to Keep Your House Clean and Tidy 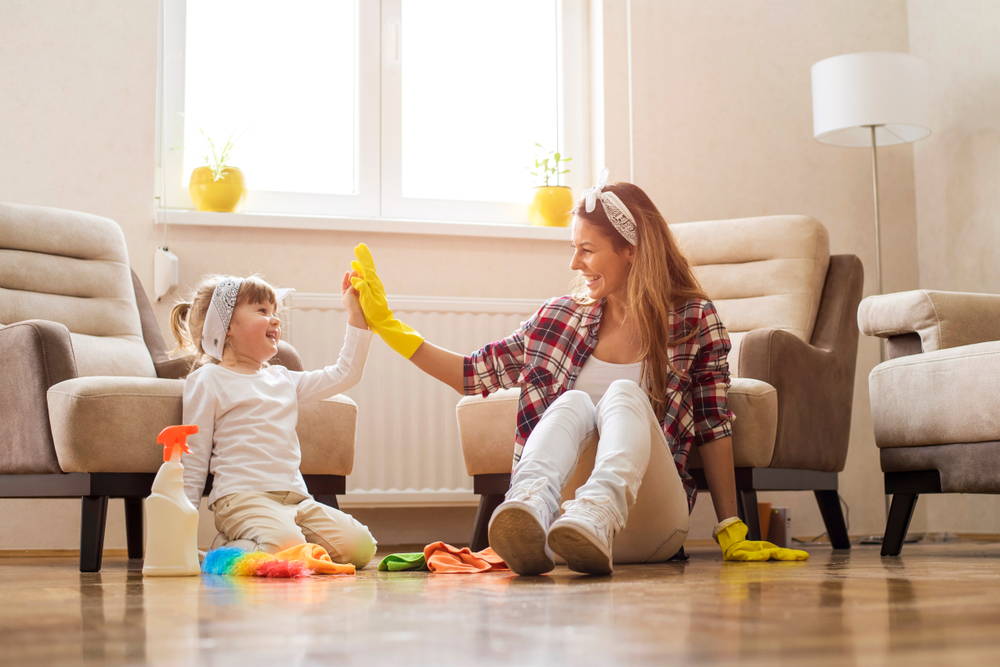 First and foremost, you need to define your priorities. You could also call it changing your perspective. Simply put, it’s deciding what’s important to you.

How clean and tidy does your house really need to be on a daily basis? Could some cleaning tasks be done every other day, once a week, once a month, or a couple of times a year?

I used to pull my stove out every other week to clean underneath it, now I do it a few times a year when I’m deep cleaning, and nobody has noticed a difference.

Instead of treating your home like a hospital ward, maybe aim to keep it ‘company ready’. That way it’s clean enough that anybody can stop by at any time without sending you into a stress-induced speed cleaning frenzy.

2. Get Everybody On Board

Have a family meeting to set the expectation that everybody’s responsible for helping keep the home clean. Let each family member voice their opinions, questions, concerns, and suggestions.

Discuss the fact that every person in the household contributes to the mess and should contribute to the clean up as well. You can’t do it all yourself.

Even small children can contribute by picking up their toys when they finish playing, and placing their laundry in a basket when changing into pajamas.

Clearly there are exceptions to this, but it’s applicable in most cases.

Once everybody is in agreement, be patient when they forget or slip up. Since helping out might be a new thing for some family members, it may take a little time to adjust and form those new habits.

We're Giving 25% OFF For Home Cleaning Products Only Today
Just Use Code: HOME25 To Get 25% OFF Instantly At The Check-out Page 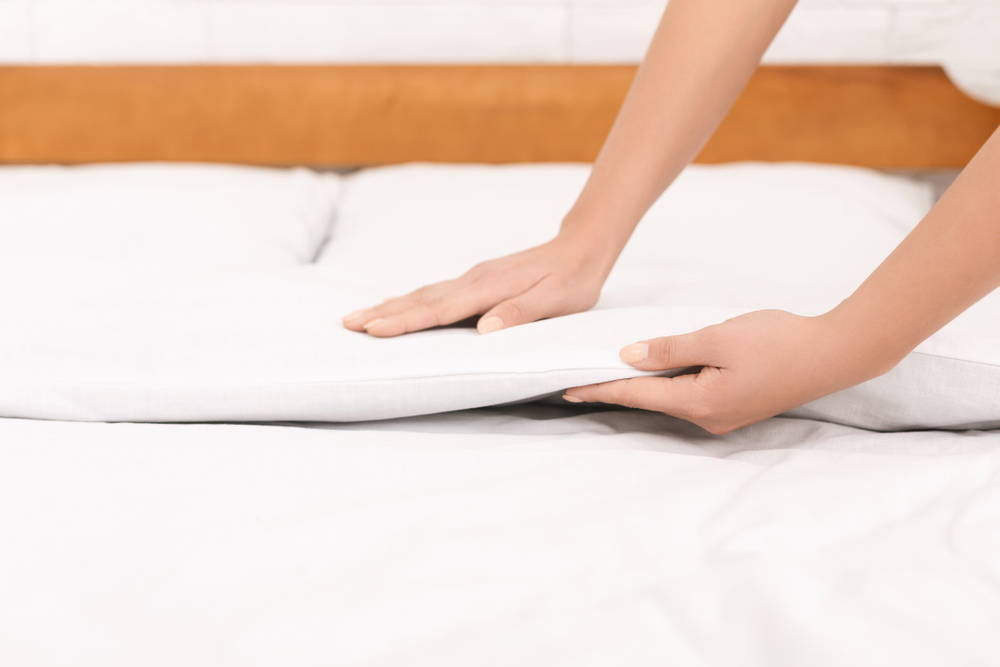 3. Make the Beds Every Day

Have everybody make their bed as soon as they get up in the morning. It sets the tone for the day and instantly makes the bedroom look cleaner.

You’ll hear me say it over and over again because it really makes a difference. Don’t believe me, I challenge you to try it for a couple of weeks.

It shouldn’t take more than a few minutes. If it takes longer than that, it’s’ time to simplify your bedding. Get rid of the extra pillows and only use the linens you actually sleep with.

My bed’s made with a set of sheets, a down comforter, a coverlet, and a cuddly throw. I tuck the sheets, comforter, and coverlet in at the foot of the bed only. This helps keep them all in place but also allows me to peek my feet out if I get too warm.

Making the bed is literally as easy as fluffing two pillows, pulling the covers up, and arranging the throw. It takes less than five minutes.

No matter what it is, as soon as you’re finished using something, put it away. If you’re walking through the house and see something out of place, take a minute to tidy it up or move it where it belongs.

Once you establish a habit of tidying as you go, it will become second nature and you won’t even realize you’re doing it.

Think of the bathroom counter when you’re getting ready in the morning. You have your toothbrush, toothpaste, deodorant, and makeup all laid out on the counter.

As you finish using each item, put it away instead of setting it back down on the counter.

You’ll eliminate an extra step, and won’t have to worry about anything being left out on the counter if you’re suddenly running late. You can even make this part of your morning routine. 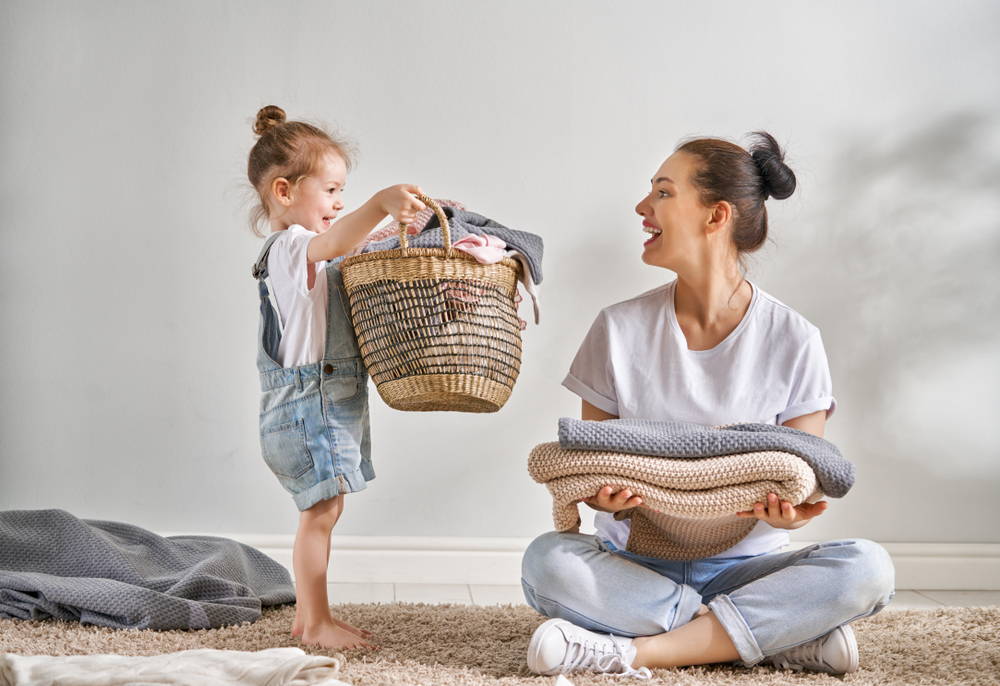 5. Do a Load of Laundry Every Day as Needed

Do one load of laundry every day as needed.

Try placing a laundry basket in each bedroom and each bathroom where baths and showers are taken. Do one load of laundry as each basket fills up.

It also helps to fold your laundry in the room closest to where it belongs, that way you’re likely to put it away immediately.

I don’t have a linen closet in my master bathroom, so my bath towels are in an armoire in my bedroom. I always dump my clean towels on the bed, fold them and put them straight in the armoire.

Doing one load each day breaks the dreaded laundry task down into smaller more manageable pieces, especially if you have a big family.

6. Deal with Mail Right Away

The minute you bring your mail into the house, take care of it.

Recycle the junk mail, file the bank statements, and put the bills or things you need to take care of in your to-do bin. Shred any credit offers or mail that has personal information on it.

Unattended mail not only creates clutter on your counter or tabletop, but it’s also one of the main reasons people pay their bills late.

I keep track of my to-do mail in my command center and I have a shredder directly below it so I can do the shredding immediately.

Don’t let mail stack up and cause you added stress. 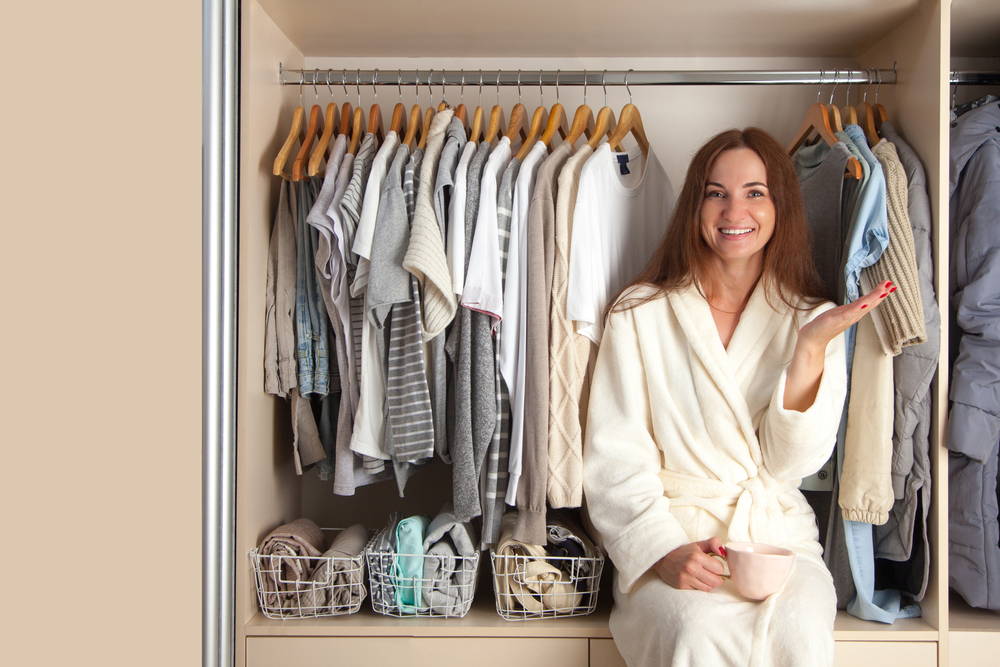 Clean as you go pertains to anything you’re doing. If you make a mess of any kind, clean it up before it turns into a bigger mess or gets harder to clean.

Mealtimes can be a real challenge. If you’re anything like me, it’s impossible to make a meal without making some kind of a mess.

When chopping vegetables, I can’t seem to keep them all on the counter. As soon as I finish chopping them, I pick up any random bits that jumped on the floor.

Clean up any dropped food right away, and wipe up any spills as they happen. Freshly dribbled egg white is a lot easier and quicker to wipe up than dried on egg whites that require scraping and scrubbing if left for later.

Cleaning the mess immediately will save you time, frustration, and elbow grease.

8. Take Care of Dishes When You Finish Eating

You can clean some dishes while you’re still cooking, but do the rest as soon as you’re done eating.

Whether you just rinse them off and place them in the dishwasher or hand wash, dry, and put them away, they’ll be much easier and quicker to clean before the food all dries and gets crusty.

Plus, dirty dishes piled on the counters and in the sink make your kitchen look messy, and can get stinky very quickly. 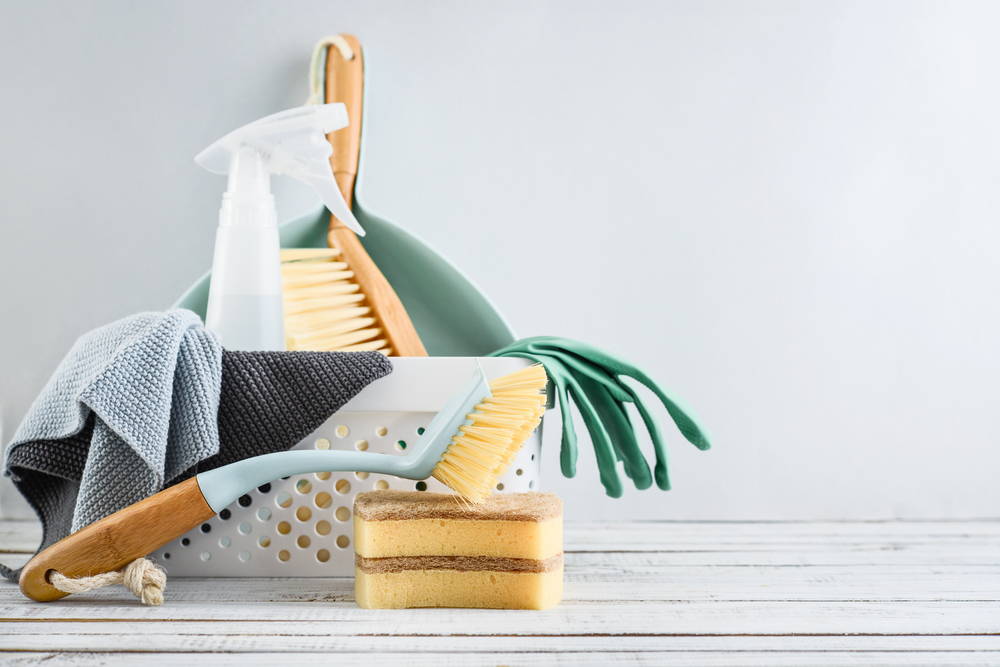 Keep a kit of cleaning supplies in or near each room. At the very least, keep one in each bathroom and one in the kitchen.

If you don’t have enough space to store all of the supplies, at least have the basics handy.

My kits consist of disinfectant wipes for spills and grime, a bamboo sponge and magic eraser for tough spots, and a few microfiber cloths and glass cleaner for smooth surfaces.

These kits make it easy to clean up small messes as they occur, and other family members might surprise you buy cleaning up their own messes because it’s so convenient.

Let me say that again, automate your floor cleaning.

Dirty floors can make your entire home look dirty no matter how clean the rest of it is.

Buy a robot vacuum! I did and it’s hands down the best thing I could have done. It is the easiest thing that’s made the biggest impact in keeping my home clean and tidy.

I set the vacuum to run daily while we’re at work, then I empty the dirt collector when I get home so it’s ready to go for the next day.

The entire house is vacuumed daily and it takes less than five minutes of my time.

We're Giving 25% OFF For Home Cleaning Products Only Today
Just Use Code: HOME25 To Get 25% OFF Instantly At The Check-out Page How To Clean Crayon Mark From The Wall 5 Special Tips To Make Teak Furniture Shiny Traditionally By Jane K - 29 of June 2022 Teak outdoor furniture...
VIEW MORE
Back to Cleaning
Use left/right arrows to navigate the slideshow or swipe left/right if using a mobile device